Richard Newing BVetMed MRCVS
​Richard is the practice partner. He graduated in 1989 and has worked at Four Crosses since 1991. He is married to Jo (who also works at the practice in the office) and has 3 children, a collie cross, bichon frise, ginger cat, several sheep and a horse. 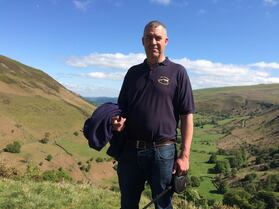 Helen Yeates BVetMed CertVBM MRCVS
​Helen graduated in 2009 and has worked at Four Crosses ever since. She is originally from Somerset, studied at the Royal Veterinary College in London and then moved to Wales. In her spare time she enjoys waterskiing, surfing, running, mountain biking and snowboarding. She has a yellow Labrador, Sage, who you will often see looking after the office! 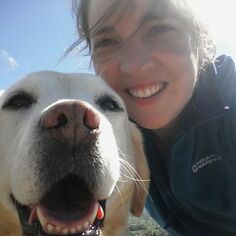 Ben Gill BA VetMB MRCVS
Ben graduated from the University of Cambridge in 2015 then worked in mixed practice in Knighton for two years. He is a local lad having grown up in Newtown and is interested in all aspects of mixed practice but especially enjoys lambing. He's been adopted by Tilt the practice cat, so if you don't see Tilt in the office he's probably curled up in Ben's armchair. When he's not at work Ben enjoys finding treasures in secondhand bookshops and charity shops. He's a active member of Welshpool Community Church, a growing family church nearby. 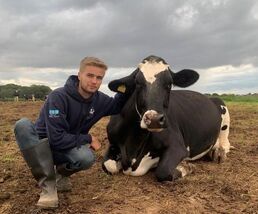 Dr Becca Green BSc BVMedSci BVM BVS MRCVS
Becca joined the practice in July 2018 having graduated from Nottingham Vet School. She had previously studied a Biology degree in Edinburgh and before joining us she worked for a charity in Sri Lanka neutering stray dogs and cats. She is originally from Surrey but is very excited to explore and get to know the area with her rescue dog Maisy. Becca loves to be outdoors walking, running or sailing, but also enjoys playing the viola and baking in her spare time. 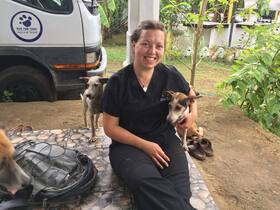 Brian McConnell BVSc MRCVS
Brian joined the practice in August 2019 after graduating from the University of Liverpool. He was brought up on a sheep and beef farm in Ireland and is looking forward to getting involved in all aspects of mixed practice. In his spare time he enjoys following Gaelic football and gets involved when he goes home. 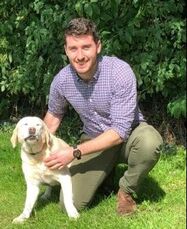 Chris Collins BVSc MRCVS
Chris joined the practice in October 2020 having graduated from the University of Liverpool. Chris grew up in Yorkshire and won't let us forget it with her endless supply of Yorkshire Tea. She loves rugby, skiing and horses and outside of work is usually found exploring with her dog, Taz. 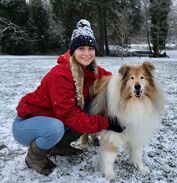 Beth Davies BVSc MRCVS
Beth joined the practice in October 2020 after graduating from the University of Bristol. Beth is originally from Warwickshire and when not at work she loves to go hiking, wild swimming or bouldering. She also enjoys playing a variety of instruments in her spare time, including her piano and ukulele. 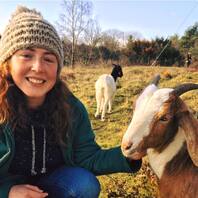